This weekend, we will find out who is going to compete in Super Bowl 52. After a crazy divisional round with upsets and walk-offs, four teams remain in the quest for a Lombardi Trophy. For this special post on Charm City Bird Watch, we will break down the AFC Championship and the NFC Championship. Our preview for each contest includes a quick blurb and a score prediction from founder Jake McDonnell, along with contributors Nolan McGraw and Tyler Feeser. Both games take place this Sunday, Jan. 21. 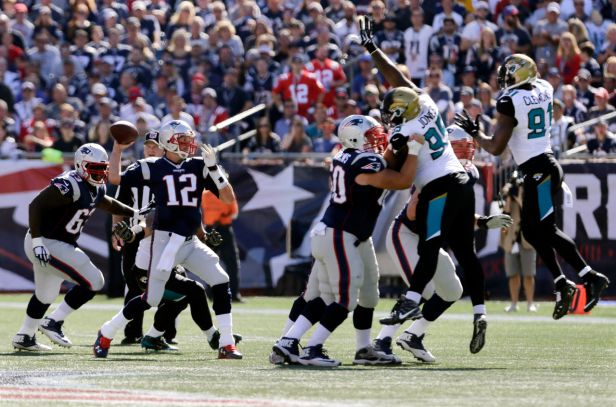 Jake: If you picked the Jacksonville Jaguars to compete in the AFC Championship game before the season began, hats off. After shocking the world by defeating the Steelers last week, the Jags look to do the same this Sunday in Foxboro. If they do, they’ll embark on what would be the franchise’s first trip to a Super Bowl.

On the other side, the Patriots look to reach the eighth Super Bowl appearance for quarterback Tom Brady and head coach Bill Belichick. Just like usual for the Patriots, there is some drama surrounding the team this week. According to reports, Brady jammed his throwing hand during a team practice held on Wednesday. The injury kept Brady out of practice on Thursday. That’s definitely something to monitor over the next few days.

I pointed this out on the Ebony Bird podcast this week, and I originally heard it while listening to the Simms and Lefkoe Podcast, but over the summer the Jaguars and the Patriots held a few joint practices together before their preseason game on Aug. 10. We all know the schemer Belichick is. Something tells me that Belichick knew the talent on Jacksonville’s roster was good enough to get them into the playoffs. Belichick probably got what he wanted when the Jags scrimmaged the Patriots. It allowed Belichick to see what Jacksonville does well and what they do not to well on both sides of the football. Imagine what these joint practices, along with 18 games of Jags film to watch, will do for Belichick this week.

Nolan: I had a gut feeling about Jacksonville victory last week and it came true. The Jaguars improved upon their wildcard game against the Buffalo Bills and did exactly what they were supposed to. Leonard Fournette had a great game and Blake Bortles was smart with the ball. This allowed the defense to play without any hesitation and forced the Steelers to play from behind. Even though the Jaguars defense was successful on Sunday, they still allowed Ben Roethlisberger to throw for 469 yards and five touchdowns. Unlike the Steelers, New England will not be overlooking the Jaguars and I don’t expect them to be in a situation where they are down by three scores.

This one is going to come down to a few key drives late in the game. Jacksonville contained a talented Steelers offense and forced some very timely turnovers but will they have an answer for Rob Gronkowski? On top of this, I’m not entirely convinced that Bortles can have another mistake free game. Even if he has another clean game, does he have what it takes to win if this game turns into a shootout? Jacksonville’s run has been a lot of fun to watch but I really can’t bet against the Patriots in this one.

The Jaguars defense has been dominant this season. There is no denying that. They are vulnerable though. See the Steelers game last week, the 49ers game, and the Rams game. Don’t think for one second that Brady, McDaniels, and Belichick won’t come in knowing exactly how to exploit this Jaguars defense. I expect the Patriots running backs and Rob Gronkowski to all have big games catching the ball.

Lets not lose sight of the fact that Jacksonville can get pressure on the quarterback. They will get to Brady and we could see 🚨ANGRY BRADY🚨 come out on Sunday. The Jaguars defense is somewhat similar to the Ravens and Giants defenses that historically give Brady fits. Lets also not forget that Tom Coughlin, who seems to have the Patriots number, is now with the Jaguars.

From the Jaguars offense perspective, I think Blake Bortles will continue to make a few plays here and there. His confidence is carrying him right now and that is what the Jags need. Leonard Fournette will be getting the same treatment Derrick Henry got last week. The Patriots defense will be selling out to stop him because he is the best player on the opposing offense. That will force Bortles to make plays if the Jaguars want to win. Can he outperform the future hall of famer? We will find out. 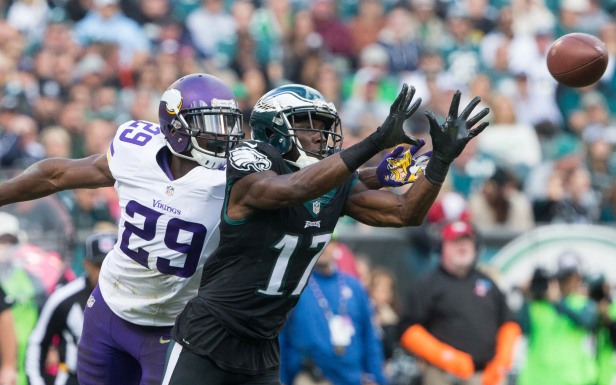 Image Credit: Behind the Steel Curtain NFC Championship – #2 Minnesota Vikings @ #1 Philadelphia Eagles – 6:40 pm – FOXJake: Like I said about the Jaguars playing in the AFC Championship, if before the season you predicted a Nick Foles/Case Keenum dual in the NFC Championship, let me know so I can buy you a beer sometime soon. I’ll admit, I was in the wrong picking the Falcons last week. Jim Schwartz had his defense playing lights out, forcing Matt Ryan into several bad decisions. They attacked Atlanta’s weaknesses and limited the reigning NFC Champions to 10 points. On the following afternoon, it was Keenum and Stefan Diggs connecting on a walk-off 61-yard touchdown that is now being deemed “The Minneapolis Miracle.” No matter if it’s Vikings fans crying tears of joy after so many heartbreaking playoff losses, or Eagles fans riding the coattails of Foles, there’s a lot of emotion going into this game.

Both teams quickly became Super Bowl favorites early in the season, and the Vikings even have a chance to become the first team in NFL history to compete in a Super Bowl at their home stadium. I believe that we will see that happen, because I’m picking the Vikings this weekend. Foles and company did just enough to get by last week against an above-average, but not great, Falcons defense. The Vikings finished the regular season with the top-ranked defense in yards allowed. Their numbers have slipped lately, but I think they’ll handle whatever the Eagles throw at them.

Just like the Falcons, the Vikings are used to playing in a dome, which scares me. However, I’m going with Minnesota in a nail-biter.

Nolan: I was wrong about Philadelphia’s defense last week. They controlled the game against Atlanta and even when the Falcons were threatening at the very end, Philly stood their ground and got a huge red-zone stop. However, they will have their hands full again this week as the Vikings come to town. Minnesota has prided itself on their defense this year but also showed that they can trade punches with a high-octane offensive team like the Saints. Julio Jones and Mohamed Sanu gave the Eagles some trouble last week and I expect Adam Thielen and Stefon Diggs to do the same.

I think it will be harder for Nick Foles and the Eagles offense to stay clean against the Vikings defense. Philadelphia fumbled the ball four times against Atlanta but only lost two of them. They overcame these turnovers last week, but the Vikings defense will not be as forgiving as Atlanta’s. While I acknowledge that the Eagles have a good defense, I am still not sold on Foles and his ability to put points on the board. He was smart with the ball last week but only led the offense to one touchdown drive. I don’t care how good the Eagles defense is, Foles has to start scoring if the Eagles are going to make the Super Bowl.

Tyler: One way or another, I feel like this game is being underappreciated. Everyone is underestimating and, to be honest, flat out disrespecting Philadelphia. Many people believe that last week’s game between Minnesota and New Orleans should have been the NFC Championship game. But realistically, the Saints got dominated in the first half and only led that game for about two minutes. The second half was great but the only reason people will remember the game is because of the ending. I’m not trying to trash that game, but lets give Philadelphia some credit for getting here when nobody expected them to.

I am really looking forward to this game. Many people may expect this game to be boring due to both teams boasting great defenses that could potentially take over the game. I for one am looking forward to watching a game like this. I enjoy watching games like the one in Pittsburgh last week, but something about this matchup has me drawn in.

Last week, Philadelphia showed that they love the underdog role, which they will be in again on Sunday. The stadium will be rocking and the defense will feed off the atmosphere. The top-ranked rush defense will shut down the Vikings running game and force Case Keenum to make plays himself. The Eagles secondary will have to have a great game against one of the better receiving corps that they faced all season. If the Eagles’ pass rush can get pressure on Keenum that would help out the secondary tremendously.

Minnesota’s defense, from top to bottom, is even more impressive than Philadelphia’s. I don’t expect the Eagles running game to have much success. The key for the Eagles offense is going to be Foles not turning the ball over. If he can’t do that I don’t think the Eagles will stand much of a chance. If he doesn’t turn the ball over this one will come down to wire and be very low scoring.