The Ravens will play their fifth game of the preseason on Thursday, Aug. 30 against the Washington Redskins from M&T Bank Stadium, but after four games certain players have stood out while others failed to capitalize on their opportunities.

Below, site owner Jake McDonnell, editor Nolan McGraw, and author Ian Schultz reveal their official predictions for the Ravens’ 2018 53-man roster. Each person’s breakdown includes a table of the roster by position, followed by a handful of bullet points where there guys explain the reasoning behind their choices. 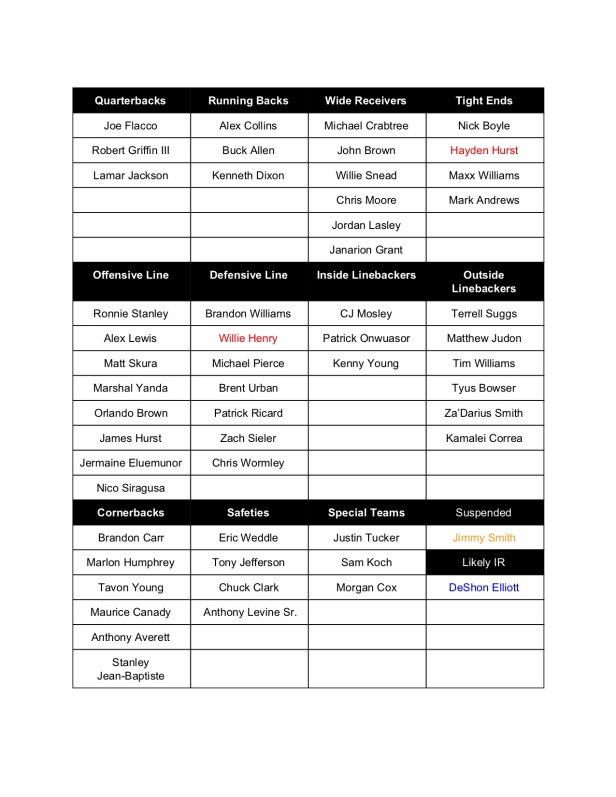